Join the Real Girl Review newsletter for travel guides & tips! Promise not to spam you.

Just a half hour outside of Reno, you’ll find Virginia City, Nevada, a silver mining town turned ghost town. When I say “ghost town”, I mean literally. The town looks like an old Western set in the wild, wild west but at a closer glance, it’s actually haunted.

In this blog, I’ll share a few legends and tales to keep you on the edge of your seat as well as fun things to do in Virginia City like mine for silver, get married in a ghost laden chapel that’s been featured on Travel Channel’s “Haunted Places”, or stay the night at a haunted bed and breakfast that’ll make the hair on your arms stand up.

Read on for more adventures in Virginia City, Nevada!

*** Previously, my Virginia City story was in my Reno blog. But, I felt it deserved a blog of its own. ***

A day trip took us just a half-hour from Reno to Virginia City Nevada, a former mining town that now resembles a ghost town. It’s packed full of history.

Home to the Comstock Lode, (the largest single deposit of silver ore ever discovered in the U.S.), Virginia City at its peak in the 1850s, was a boomtown with a population of around 25,000. Now with around just 800 residents, it’s a place stuck in time.

“Step Back in Time” in Virginia City Nevada

Almost hard to believe that this was once a bustling, cosmopolitan city. Back in the silver mining days, it boasted great wealth from its rich soil (literally) that men from all over risked their lives to get their hands on.

Along with the typical tourist shops in a not-so-typical setting, you’ll find buildings and places that seem as though they were preserved in a certain time period.

When you walk the wooden sidewalks and head into a saloon, you’ll seriously feel like you’re in an old Western movie.

History can be found in the many famous visitors who stayed in this area from Buffalo Bill and Mark Twain to President Grant.

Visit Territorial Enterprise and go into the Mark Twain Museum.

After failed mining attempts in Nevada, Samuel Clemens needed money and took a job as a writer in 1862 for the Territorial Enterprise, a local newspaper in Virginia City, where he took the pen name “Mark Twain”. It was his first stint as a writer. The rest is history… literally.

There are stories of the brothels that thrived in this dusty town and people who made a fortune. Some such residents have refused to leave (as you can find in the many haunted attractions).

Featured on the Travel Channel’s “Haunted Places”, Virginia City has tons of stories to tell even from the great beyond.

Built in 1876, The Silver Queen is a historical gem in Virginia City. Complete with 28 rooms, 16′ high ceilings and claw foot bath tubs, it’s definitely worth checking out if you decide to stay in this ghost town.

After looking for a saloon to grab a drink, I found The Silver Queen Hotel, named after a beautiful woman.

I originally came in after seeing their sign about ghosts… Usually, that wouldn’t be a very warm welcome. Actually, if you were anywhere else, you’d turn right around.

It was by no means, clean, new, or sparkly.. but that goes with the Virginia City vibes so I was fine with that.

But, that’s Virginia City’s thing… it’s part of the fun. Turns out, Silve Queen Hotel has a haunted chapel where they hold weddings. For $395, you can get married here! It’s the ultimate package… champagne, souvenir glasses, photo opps, a cake, bouquet, a ceremony, the works! Ghosts have been spotted in the chapel. Travel Channel’s “Ghost Adventures” has been here 3 times.

Can’t believe people are actually crazy enough to get married here! It spooked me so much I couldn’t walk in the chapel for longer than 5 seconds.

They have a camera inside capturing the ghost activity which you can watch from the TV at the bar if you’re a scaredy-cat like me. Or, maybe that’s your thing… Then this is the place for you. LOL

Stay the Night in Virginia City

Check out the rooms here.

I was too much of a wuss to consider staying here so I only got a drink here and bought some ghost stories they had at the counter. But if you’re up for it, go ahead and stay the night! There are also other hotel options to choose from.

If you really want to be spooked, head to the haunted Washoe Club, Virginia City’s oldest saloon. There’s a trio of ghosts here. Bartenders entertain one such ghost (who’s known as a drink snatcher) by leaving shots of Bourbon at the bar before they close up. The next morning, the glass is always empty.

On the California side, you can be in beautiful Lake Tahoe in just under 2 hours from Virginia City. I wrote a blog about adventures to have there and where to stay.

Things to do in Virginia City

Just a 30 min drive from Reno-Tahoe Airport, even if you’re not into paranormal activity, Virginia City, Nevada is full of history and definitely worth stopping by for a day of fun.  “Step back in time” and feel like a cowgirl or cowboy from the Wild, Wild West. There’s so much to explore for such a tiny town.

There are 100+ mines in the Comstock area which produced over $600 million in gold and silver back in the day. You can get a tour from the numerous mines still standing, explore the mining history, even pan for silver!

They have cute stores in the “Western” theme where you’ll find everything from homemade fudge and nostalgic novelties to jewelry and stones.

I went to a store that had boleros and paired it with my turquoise hat. I got to be a cowgirl for the day. 😉

You can buy unique handcrafted jewelry with different colors of turquoise or silver.

Or drink.. then eat. LOL… If you’re hungry after shopping… stop by one of the city’s many restaurant options. The one that’s by far the most interesting…

Built in 1875, Delta Saloon is one of Virginia City’s original watering holes.

It’s really worth a stop if you’re in Virginia City. The history alone is fascinating. You can enjoy drinks, food, and an astonishing piece of gambling history.

They also do weddings and banquets.

Delta Saloon’s head bartender, Prof. Jerry Thomas was the most celebrated Barman in American history. He crafted drinks that elevated the taste of the uncouth people of Comstock and improved their drinking habits. There’s even a drink he invented with his name on it. You might have heard of it… Tom & Jerry anyone? 😉

Check out their Suicide Table and imagine what it was like for the 3 different owners who took their lives on this very table after losing big on “Rocky Mountain” (known as 21 or Blackjack today).

Virginia City is a hidden gem in The Wild, Wild West. You can plan your stay here.

Now, I want to know! Have you ever had a haunted ghost experience? Would you want to go to Virginia City, Nevada Ghost Town? Let me know in the comments below! 🙂

Thank you so much for your continued love and support! I wouldn’t be here if it weren’t for you. If you found this blog useful, share it on Pinterest!

Until next time… keep it real.

Florida Keys Animals That Could Scare, Sting, Bite, and Eat You

Miami to Key West Drive: What to Do in the Upper to Middle Florida Keys

At Real Girl Review, we value truth and always strive for accuracy. Posts are updated regularly. If you read something that still doesn’t sound right, contact me at [email protected]. I will investigate the facts and make changes as I deem necessary.

Join the Real Girl Review newsletter for travel guides & tips! Promise not to spam you. Hey ya'll! I'm Geeves, a Life Enthusiast, Huge Foodie, Lupus Warrior, & Travel Junkie (170 days+/yr & counting). The truth is, I’m no influencer. Just a real girl, sharing my real life and this is Real Girl Review. I may have a big heart and a sweet smile, but I'm not afraid to say what's on my mind. My reviews & stories are 100% real! And I review it all- the good, the bad, & the ugly. When I'm not writing about my adventures, I'm planning for the next one! Can't wait to share my stories with you. I hope they inspire you to keep exploring new adventures. Always keep it real! 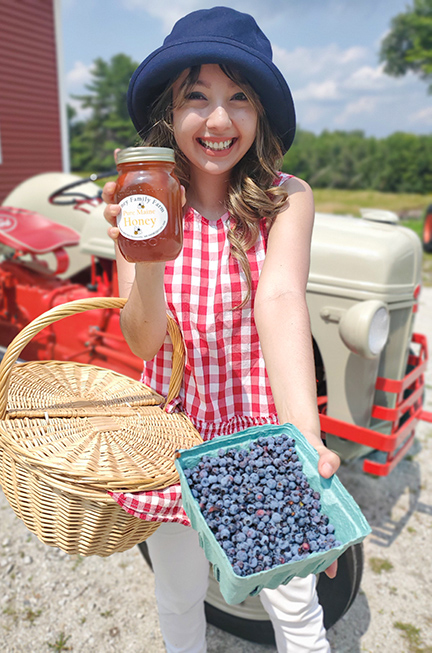 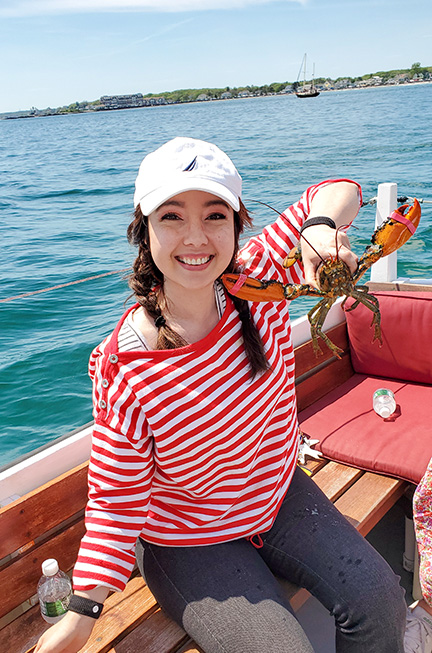 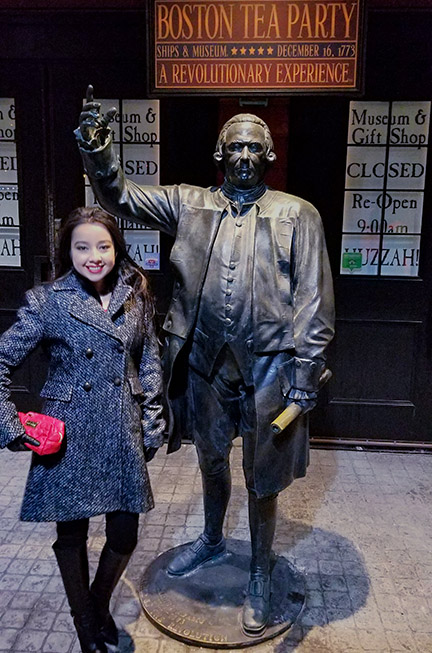 As an Amazon Associate, I earn a commission from qualifying purchases.

We use cookies on our website to give you the most relevant experience by remembering your preferences and repeat visits. By clicking “Accept”, you consent to the use of all the cookies.
Cookie settingsACCEPTREJECT
Manage consent

This website uses cookies to improve your experience while you navigate through the website. Out of these, the cookies that are categorized as necessary are stored on your browser as they are essential for the working of basic functionalities of the website. We also use third-party cookies that help us analyze and understand how you use this website. These cookies will be stored in your browser only with your consent. You also have the option to opt-out of these cookies. But opting out of some of these cookies may affect your browsing experience.
Necessary Always Enabled
Necessary cookies are absolutely essential for the website to function properly. This category only includes cookies that ensures basic functionalities and security features of the website. These cookies do not store any personal information.
Non-necessary
Any cookies that may not be particularly necessary for the website to function and is used specifically to collect user personal data via analytics, ads, other embedded contents are termed as non-necessary cookies. It is mandatory to procure user consent prior to running these cookies on your website.
SAVE & ACCEPT
1 shares