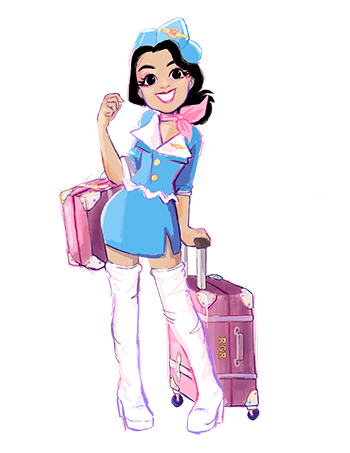 Join the newsletter for travel inspiration, guides & tips! Promise not to spam you.

Home Travel Adventures My Lobster Adventures in Kennebunkport | A Fun Maine Lobster Boat Tour
Blogs may have affiliate links. If you buy from it, I make a small commission (no cost to you). Read full disclosure here .

This post was sponsored by Rugosa Lobster Tours. As always, all opinions are my own.

If Maine is known for anything, it’s their lobster, which should come as no surprise… they’re delicious, not to mention nutritious! But, as it turns out, there’s a whole lot more to enjoy about lobster which I learned on a recent lobster boat tour this Summer.

Read on as I share my lobster adventures in Kennebunkport, Maine, where my dad and I were taken out to sea by Captain Bob on Rugosa’s cozy wooden boat to learn about Maine lobsters’ origins, biology, even their “lobster love stories” and the lobstermen and women who make their living catching them.

I’ll also share what to bring, where to eat lobster and where to stay in Kennebunkport!

If you’re not from Maine, the lobstering way of life may evade you but, to more than 4,500 hardworking lobstermen and women who risk their lives for the catch, it’s just another day out at sea.

Lobstering is a tradition that has run in families since the 1800s. So respected is this time-honored tradition that lobster families in Maine don’t have to pay a lease on the sea. Rather, they’re “grandfathered” in. Which means, everyone knows not to mess with Bob Jr. across the way. It’s an unspoken understanding.

Lobster is arguably Maine’s most valuable industry, bringing in over $700 million dollars every year. In 2021 alone, the commercial lobstermen and women of Maine brought in more than 108 million pounds of lobster. That’s a lot of lobster rolls!

The amount of danger involved in this trade makes the stakes high and they’re only getting higher. Lobstermen must return from sea with a minimum of 150 lbs. of lobster each day just to break even. Then there’s the increasing overhead costs such as fuel and plummeting dock prices by the pound which further add to the pressure. Not to mention, competition coming into Maine and rocking the boat, literally… You remember the game Monopoly? Yup…

I used to complain about the high price of lobster but after learning about all what people go through to earn a living and all that’s involved before the lobster gets to me, I appreciate lobster even more.

Lobster… You Either Love it or You Don’t

Growing up, my parents raised my siblings and I to appreciate all different types of food. As a result, this girl grew up into a foodie, eating (and loving) lobster. 😉

It was more than just a meal for my family, it was a fun way to bond – putting on bibs, cracking claws, the act of dipping lobster meat in warm, drawn butter. It was a whole experience.

Cracking lobster together is one of my fondest memories I have with my dad, who I brought along on this adventure in Kennebunkport with me! I knew no one would appreciate the lobster experience more than him. 😊

My Lobster Adventures in Kennebunkport, Maine

After moving to Maine at the beginning of the pandemic, I became more interested in Maine lobster and how the lobstermen and women catch them. So, when Rugosa Lobster Tours invited me out for a lobster tour in Kennebunkport this Summer, of course I had to say yes!

Having spent time in Kennebunkport’s adorable coastal town many times, I can honestly say that I’ve done just about everything there is to do. Or… so I thought!

As it turns out, there is more to Kennebunkport than lobster rolls and seaside strolls which you only know if you venture away from Dock Square, whose inviting display of boutique shops and restaurants tend to be a tourist trap.

All Aboard the Lobster Boat!

Walking out to the dock behind Nonantum Resort, I found Rugosa Lobster Tour who has the only wooden lobster tour boat in Kennebunkport. First order of business for the 1 hour 25 min. roundtrip tour? Lather up with sunscreen! Those rays are strong!

Of course, I couldn’t set sail on the Kennebunk River without taking in the surroundings first which consisted of a charming miniature lighthouse, American flags waving, sailboats and lobster boats. It gave me a strong sense of Americana. And just like that, I was ready for the lobster tour!

Once we got settled in, we were introduced to Captain Bob, former yacht captain, New Yorker and owner of the tour company (which I didn’t learn till after, he’s so chill). He would be steering our lobster boat out to sea while hauling the traps.

We also met Lauren, a bubbly New England marine biologist who would lead the tour, teaching us about lobsters while the Captain steered.

Have you been to Maine? Do not miss these beautiful and lighthouses in Maine.

Setting Out to Sea

I was admiring the New England aesthetic, which never gets old, even after over a decade of being a New Englander. The shoreline homes have a distinct charm to them. Due to recent Maine laws that prevent future homes from being built so close to shore, these prized possessions are the last of their kind.

We also passed by the President Bush residency whose flag was raised which means they’re currently living there.

We passed a lot of lobster boats! Noticing they were devoid of lobstermen, Lauren explained that they set out before sunrise when the waters are calmer for lobstering.

Each boat has a buoy designated to them that, more than likely, have been passed down from previous generations. They act as an identification number.

A lobster boats’ sterns are wide to accommodate lobster cages (which are stacked). A Maine lobster boat is legally allowed to have 800 cages but many boats hold much less than that.

Maine Lobsters Up and Close

I loved how interactive the tour was. When Lauren came around to show us the lobsters up close, we were so excited. She even let us hold them and put bands on their claws (so they wouldn’t pinch us).

Overall, I had a great time on Rugosa’s Lobster Boat Tour! It was a great way to kick off Summer!

Even if you don’t enjoy learning about lobsters, you could sit back and enjoy the ride, which was very relaxing. It’s amazing to feel the breeze on your skin and smell the salty sea air as you ride out to sea.

While you may not get to taste lobster on the tour, you’ll have a very educational lobster lesson, holding them while experiencing the thrill of the sea where they come from.

Our guides were not only entertaining and informative but made us feel at ease, encouraging us to ask questions.

Who is This Lobster Boat Tour For?

This tour is for people of all ages and interests. On my tour, there were couples, families and friends ranging in age from 8 to 60+, coming from all over the US.

The tour is 1 hr. 25 minutes roundtrip (around 45/way). A portion of the boat is covered in the shade. Sea bands are free to rent to help prevent sea sickness.

What to Bring on a Lobster Boat Tour

Where to Eat Lobster in Kennebunkport, Maine

After spending the afternoon learning about lobster, I had a craving. So, I headed across the street to Mabel’s Lobster Claw, which was delicious

There are also other restaurants in Kennebunkport if you’d prefer to have something else.

After lunch, I had a bit of a sweet tooth and took a stroll across Kennebunkport’s famous Mathew J Lanigan Bridge to Dock Square for a milkshake at Dock Square Coffee House.

Where to Stay in Maine

There are a lot of great hotel options on Maine’s coast ranging from cozy beach cottages and bed & breakfasts to sleek hotels and luxurious resorts.

Thank you so much for your continued love and support! I wouldn’t be here if it weren’t for you.

Until next time… keep it real.

Fishing in Maine: A Great Fishing Trip in Rangeley Lake

At Real Girl Review, we value truth and always strive for accuracy. Posts are updated regularly. If you read something that still doesn’t sound right, contact me at gv@realgirlreview.com. I will investigate the facts and make changes as I deem necessary.

Join the newsletter for travel inspiration, guides & tips! Promise not to spam you. Hi! I'm Geeves, better known as the life enthusiast, travel junkie, foodie or Lupus warrior. The truth is, I’m no influencer, just a real girl, sharing my real life and this is Real Girl Review. But, don't let my big heart and sweet smile fool you. I'm not afraid to speak the truth. All my reviews and stories are 100% real. I share it all- the good, the bad & the ugly.

I wouldn't be here if it weren't for you. Thank you for joining me on this journey. I hope Real Girl Review always inspires and empowers you to live your best life and stay true to you. 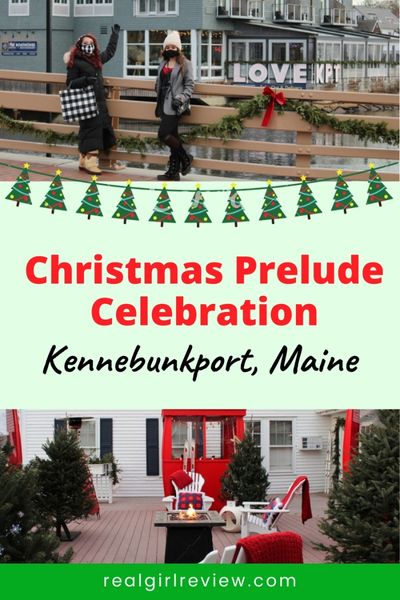 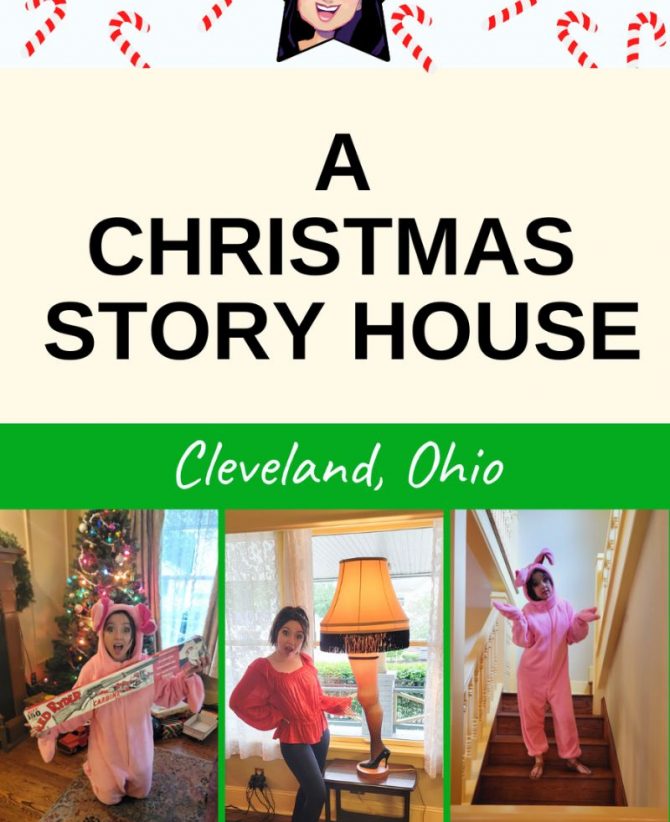 Add A Christmas Story House & Museum to Your Holiday Bucketlist 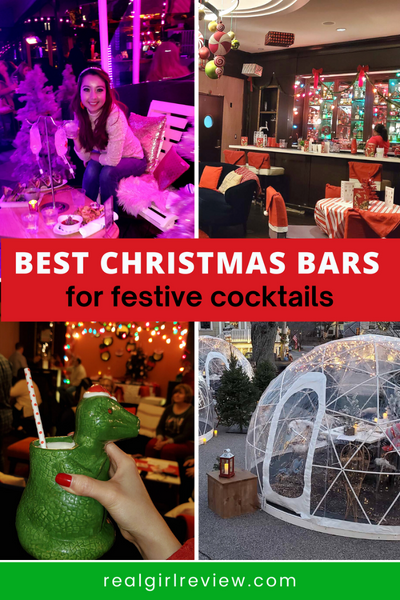 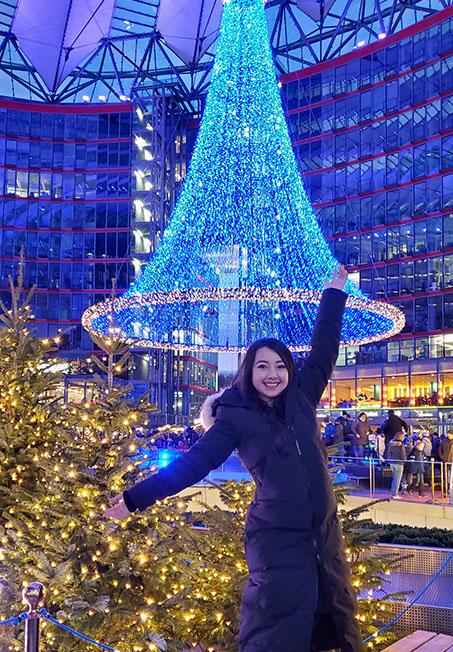 As an Amazon Associate, I earn a commission from qualifying purchases. Join the newsletter for travel inspiration, guides & tips! Promise not to spam you.
We use cookies on our website to give you the most relevant experience by remembering your preferences and repeat visits. By clicking “Accept”, you consent to the use of all the cookies.
Cookie settingsACCEPTREJECT
Manage consent

This website uses cookies to improve your experience while you navigate through the website. Out of these, the cookies that are categorized as necessary are stored on your browser as they are essential for the working of basic functionalities of the website. We also use third-party cookies that help us analyze and understand how you use this website. These cookies will be stored in your browser only with your consent. You also have the option to opt-out of these cookies. But opting out of some of these cookies may affect your browsing experience.
Necessary Always Enabled
Necessary cookies are absolutely essential for the website to function properly. This category only includes cookies that ensures basic functionalities and security features of the website. These cookies do not store any personal information.
Non-necessary
Any cookies that may not be particularly necessary for the website to function and is used specifically to collect user personal data via analytics, ads, other embedded contents are termed as non-necessary cookies. It is mandatory to procure user consent prior to running these cookies on your website.
SAVE & ACCEPT
4 shares
error: Content is protected !!